The new coronavirus COVID-19 that has been labelled by the World Health Organisation as a global pandemic, is thought to have originated in the Huanan seafood market (China) through close interaction or interference between people and animals (bats and pangolins). The origin and mechanism of transferal of COVID-19 is currently unknown. The infection has since been spread from person to person.

Bats are known to host a number of viruses closely related to COVID-19, but generally these viruses are not transferable to humans. On the rare occasion that viruses are transferred from bats to humans, it occurs when people come into very close contact with the animal – i.e. during their handling, killing, preparation and eating. Viewing the annual migration of up to 10 million straw- coloured fruits bats at Kasanka National Park will not put guests at risk of capturing COVID-19 from bats. 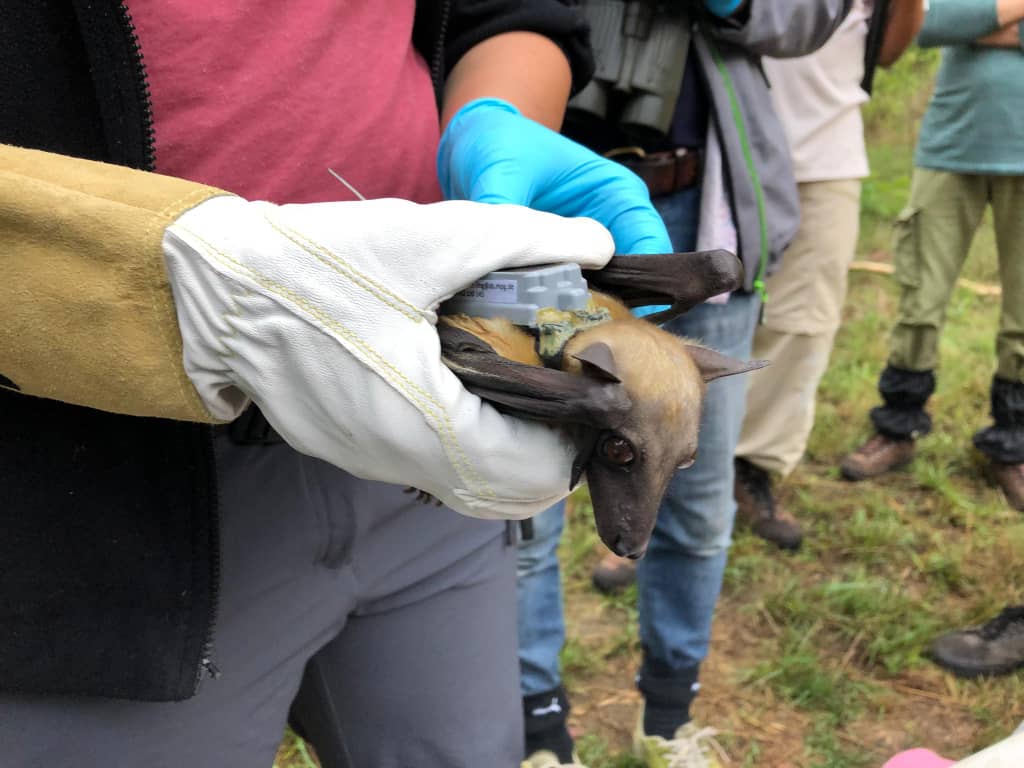 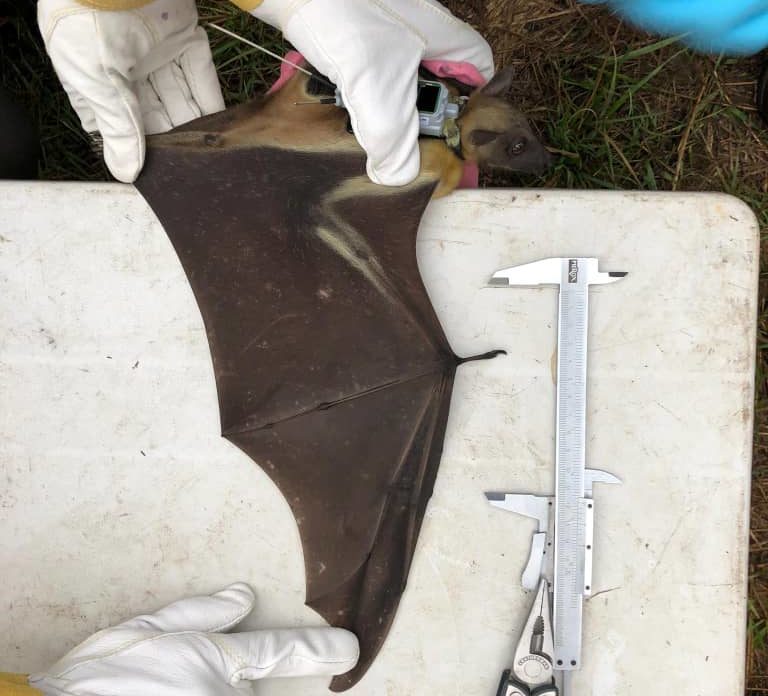 A group of 7 researchers affiliated with the Max Planck Institute for Animal Behavior visited Kasanka in November 2019 for an on-going project on the Straw-Colored Fruit Bats (Eidolon helvum). Their visit had 3 aims:
Estimate the number of bats making up Kasankas’ mega-colony
Tag some bats in order to understand their migration movements better
Use a drone to study the emergence patterns of the bats when leaving the roost
Estimate the number of bats making up Kasankas’ mega-colony
Getting a scientific estimate of how many bats visit Kasanka annually is crucial to track changes over time, and to determine the importance of these creature to the ecosystem. In order to do this, the team set up 10 GoPro cameras around the bat forest to record the fly out. The team will use these videos, in combination with a very clever software, to count the bats moving in one direction across the screen. Since 10 cameras only cover a small portion of the area around the bat forest, these estimates will then be extrapolated. This method will not give an absolute number of bats in the colony, but an estimate with a degree of error from data that has been systematically collected using a standardized method. From this information researchers can estimate how important Straw-Colored Fruit Bats are to the greater Kasanka landscape as a result of their seed dispersal and pollination potential. Kasanka plans to use this method to count the bats annually, ensuring key information for their conservation is always available.
Tag some bats in order to understand their migration movements better

Previous tagging studies have demonstrated that the bats fly on average 20 to 40km per night to feed on the local fruits. One other study has confirmed that they migrate thousands of kilometres to different colonies in equatorial Africa once they have had their fill in Kasanka. This is remarkable as no other fruit bat migrates over similar distances. It also has important implications for their conservation, however, there is still a lot to learn about the migration routes these bats take and where they roost in equatorial Africa. Even if all known colonies within several thousand kilometres migrate to Kasanka this does not add up to the numbers we observe here. Thus, tracking many more bats during migration is urgently necessary. However, this is still difficult as the appropriate miniaturized GPS technology is still being developed. But, in spite of very limited time for catching and tagging bats due to unforeseen delays with permits, the team managed to catch and tag 4 bats on their last night in the park. The tags used will record each bat’s position once a day over several weeks or even months, and send this data via SMS when the bats fly through cell signal! We will be watching these bats closely on Movebank (www.movebank.org) and we will let you know what they are up to.

Use a drone to study the emergence patterns of the bats when leaving the roost
Very little is known about the bat’s social interactions and behavior. However, we do observe that there are dominant emergence directions and that they change over the time the bats are present in Kasanka. How do they decide which way they fly out on a given evening? One hypothesis is that the short swirling flights that they do above the colony in the late afternoon helps them decide on that. This would be extremely difficult to determine from the ground. Consequently, the team used a drone to monitor the swirling flights and then the fly out to assess emergence patterns. This data may also give some insight into social interactions between bats and their general behavior.
Help us protect Kasankas' biodiversity here