Resource Protection – The challenge continues to save protected Areas

Protected areas are precisely mapped and often well demarcated for the benefit of people. The animals that depend on these ecosystems, however, know no boundaries. Take the straw-coloured fruit bat for example. During their residence in Kasanka from October to December, the bats roost in a small area (25 ha) of evergreen forest in the very heart of Kasanka National Park. Every evening they leave the roost to forage in the surrounding landscape, flying up to an incredible 200 km round-trip for a good feed. Their foraging excursions take them well beyond the artificial boundary of the national park, and deep into the Kafinda Game Management Area (GMA). The Kafinda GMA is supposed to provide a buffer around the park, and allow for a transition into areas with a central function in sustainable development. Despite the legal status of the GMA, the landscape is being deforested and degraded at an alarming rate, posing a direct threat to the world’s largest bat migration and damaging the ecosystem integrity of the park itself. 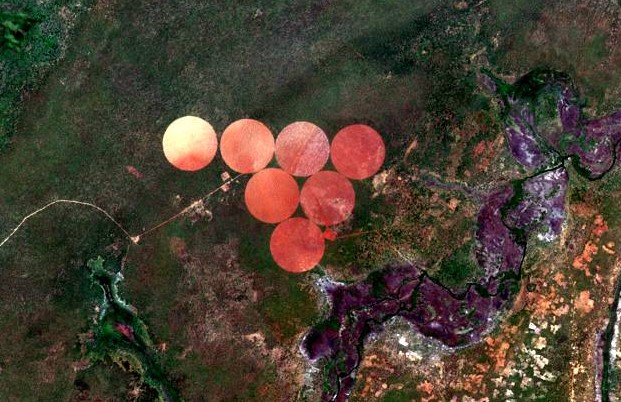 The assault on the Kafinda GMA is being driven by large scale commercial agriculture. The biggest threat comes from the Tanzanian based Lake Group and its subsidiary Lake Agro Industries.

In 2019 Lake Agro Industries razed 560 ha (7 x 80 ha centre pivot circles) of previously pristine woodland in the remote south-west corner of the Kafinda GMA. Their progress was briefly stalled by a stop order from the Department of Forestry in August, before they resumed clearing in September.  A second stop order was issued by the Permanent Secretary of the Ministry of Tourism and Arts in November after it became clear that Lake Agro Industries had absolutely no authority and had not undertaken any environmental due diligence prior to bulldozing the forest down. Once again, this order was ignored and Lake Agro Industries proceeded to plant soya beans and maize into three of the seven clearings.

After sustained efforts by the Kasanka Trust a third stop order was written in March 2020 by the Director of the Department of National Parks and Wildlife (DNPW). This time, DNPW followed through and closed the farm, prompting bigwigs at the Lake Group to scramble down to DNPW headquarters in Chilanga for urgent meetings. A short while later the farm was once again operational, given permission to harvest their crops but no more.

The Kasanka Trust is working tirelessly with our government partners, DNPW and the Ministry of Tourism and Arts to halt this illegal development before it is too late. Left unimpeded, Lake Agro Industries plan to clear up to 2,400 ha (30 x 80 ha centre pivot circles) for irrigated wheat, drawing water directly from the Luwombwa River, the largest watercourse feeding the Kasanka National Park.

Their abstraction at peak demand in September when wheat is maturing would be greater than 90% of the remaining flow of the Luwombwa River that is already significantly diminished by irrigation farther upstream in the Luwombwa and Nansanga farm blocks.

The impact on Kasanka, its wildlife, and downstream communities would be horrific. We need your support more than ever to win this David vs Goliath battle!